The downturn in the real estate market has more homeowners choosing to stay put for the time being, determined on improving their current home rather than moving to a new one. Calgary renovators say there’s been a noticeable pickup in activity.

“It’s gone up,” said Paul Klassen, owner of Pinnacle Group Ltd., a Calgary renovator. “We hired three new staff members over the last three months to keep up with demand, while other industries were laying off.”

A study last month by Altus Group said renovation spending in Alberta last year totalled $7.6-billion – a 3.7-per-cent increase from the year before. Renovation spending was forecast to rise by 2.6 per cent this year and 3.8 per cent next year.

A poll conducted for the Canadian Imperial Bank of Commerce in May showed Canadians plan to spend $17,142 on average on renovations in 2015. In total, Canadians spent $68-billion on renovations last year compared with $48-billion spent on building new homes.

“It’s the cocooning effect, if you will,” he said. “People focus on their residences when housing markets are uncertain. It’s the answer to the question: Relocate or renovate?”

Karey Reilly, who moved her family to Calgary from Ontario this month, said renovating was the only way she could have a home that suits her family’s needs and lifestyle.

The Reillys purchased a two-year-old home in Cougar Ridge with an unfinished basement, and decided to replace all of the appliances, flooring and lighting, install new hardware and fixtures in bathrooms and finish the basement.

“There were plenty of homes with four bedrooms upstairs in the $950,000 range, but they were too big and too expensive for us,” said Ms. Reilly.

“So we decided to buy a less expensive newer home and make it our own.”

The Reillys have spent $25,000 on renovations to the upper floors, and expect that the basement will cost an additional $50,000.

An unfinished basement was one of the major attractions in their new home, said Ms. Reilly, as they intend to design the space to match what they liked best about their Ontario home, including elements such as a home office and gym.

“Even with everything we’ve invested and everything we plan to invest, I’ll still be ahead of the game financially,” said Ms. Reilly.

“And it will be for me, and not what previous owners liked or wanted.”

The sentiment is shared by many homeowners who are investing in remodels.

“We bought an apartment outright and set a budget in terms of how much we want to spend on renovations to make it ours,” said Mr. Rodriguez.

Mr. Rodriguez is converting the two-bedroom apartment into an open-concept layout in his spare time.

Most of his time is being spent with clients in an industry he says shows no sign of slowing down.

“A lot of people are buying older homes in their price range that may have been built or designed between 1970 and 2000, and they are outdated and in need of a new look,” said Mr. Rodriguez.

“It’s cheaper for some people in this economy to renovate in the location they want than to buy a new build.”

John McCoy, general manager of Kon-strux Developments Inc., says most of his clients are moved to renovate not by external economic factors but simply out of a desire to improve their living space.

“A lot of the renovations people are deciding to do wouldn’t get immediate revenue returns on resale, but they suit the lifestyle and tastes of the homeowners better,” said Mr. McCoy.

“Some people might begin with a bathroom and see how that goes, and then move into more projects from there,” said Mr. McCoy.

“It’s common for homeowners to almost become renovation addicts as they move from room to room. A lot of our business comes from repeat customers.”

Applying for a Secondary Suite

How to check if a secondary suite in Calgary is legal

Turn Your Basement Into an Apartment 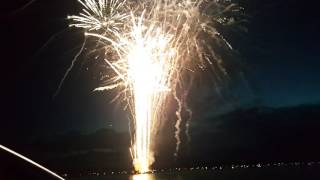 Tips to pick up a Dining Table

We proudly support The D.I woodworks